In the international Skating Union, Andrew and Kaitlyn are ranked number one in the world in Ice Dance, or as Anna Trebunskaya said, “…the leading man and leading lady”. For this skating duo, 2014 allowed them, once again, to “…live their dreams and share their passion”. 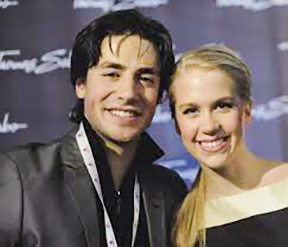 In field hockey, her accomplishments included being the scoring leader as well as tops in overall points on the Duke FH team which reached the Elite 8 in the National Championship.  Jessica was the recipient of the top senior award as well as a Division 1 All-Academic for all four years.

As a member of the Duke Track Team, Jessica’s accomplishments included a first place finish in the NY National New Balance 800 in Distance Medley, 2nd in the Carolina Cup, 4th in the ACC Indoor Championship, and she was a participant in the Virginia Tech Open Meet 600 m and 800 m. 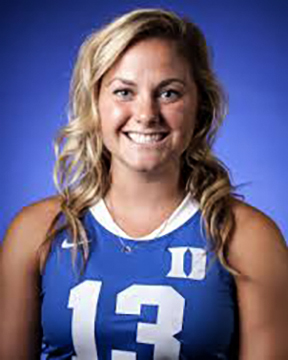 Alec typically trains seven days and up to 20 hours per week so it should come as no surprise that 2014 was a tremendous year for this summer.

His competition in numerous events over the past year has qualified Alex for the 2015 Pan Am Games in Toronto as well as the IPC World Championship in Glasgow.

Alex participated in the Pan Pacific Para Swimming Championship in Pasadena, where he earned two silver and one bronze medal; in the Can-Am in Miami, where he added to his collection with one gold and two silvers, and in Edmonton’s Can-Am adding two silvers and three bronze medals. 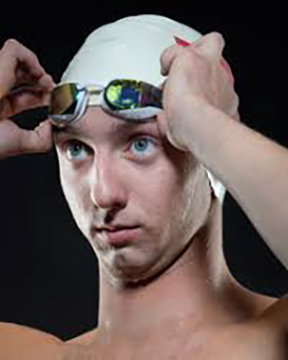 A recipient in 2013 of the Queen Elizabeth II Diamond Jubilee Medal, which honours significant contributions and achievements by Canadians, readers will not be surprised by the accomplishments of Katie Harnock in 2014!

Katie participated in the Women’s World Championships in Toronto, the largest women’s championship in history featuring12 countries from 13 International Zones, where she played eight games for a total of 278 minutes, averaging 34.46 minutes, scoring 15.8 points and averaging 62% from the free throw line per game. In this tournament, Katie helped Canada win a gold medal and was named to the World All-Star Team.

Over the year, Katie received many awards, including the Team Canada True Sport Award, as a result of her World Championship performance; the Stan Stronge Memorial Award recognizing her commitment to wheelchair sports as well as the community on a local, provincial, national and international scale; and the Doug Grant Memorial Award, received by the entire Canadian Senior Women’s Basketball team as a result of their once in a life-time feat of winning a gold medal on home soil.

An Early Childhood Educator who loves working with kindergarten students, Taveena Kum has been called a “pint-sized pugilist” –  a pugilist who just happens to be the reigning senior female boxer of the year!

Her boxing accomplishments in 2014 are many, and include being an Ontario Provincial Champion; an elite 48 kg Canadian Champion; and recipient of the President’s Cup Award as the Most Outstanding Female Boxer. 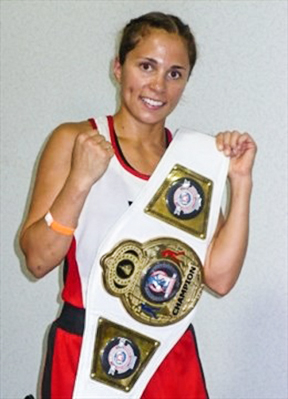 A graduate of the University of Kentucky, Becky is dedicated to promoting young athletes, has a passion for animal adoption programs, aspires to one day open a coffee shop/bakery to sell her maple-glazed pumpkin muffins, and did we mention, had an awe-inspiring year in 2014 as a world class volleyball player.

As a member of Team Canada, Becky played in the World Championships in Italy, in the Pan American Cup in Mexico, and in three FIVE World Grand Prix tournaments in Peru, Argentina and Belgium. 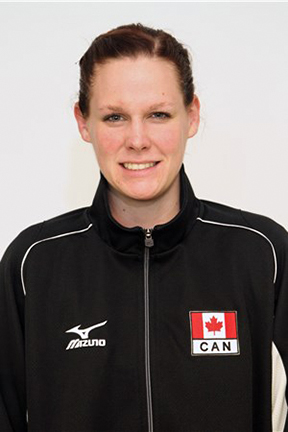 When Tanner Pearson brought the Stanley Cup home to Kitchener to share with the “fans and the people that were influential in his hockey career”, it was the icing on the cake of a very successful 2014 for Tanner who currently plays with the NHL Los Angeles Kings.

Drafted by the LA Kings, Tanner played 41 games with their AHL affiliate, the Manchester Monarchs, where he collected 32 points and had a plus/minus rating of +11. Then, in January of 2014, Tanner was called up to join the Kings for a second time that season, where he played 26 regular season games, got seven points, and earned a +2 rating.

Finishing in 8th place in the tough West Division, the Los Angeles Kings out-skated, out-hit and out-scored their opponents to win the Stanley Ciu with the help of Tanner, who got 12 points in 25 games, with a plus/minus rating of +1. 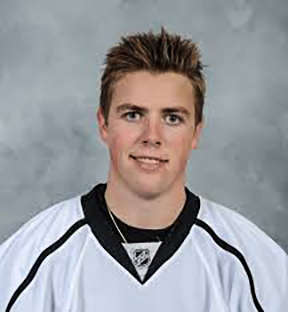 Dedicated to promoting younger students of the martial arts, Silvana has been in the martial arts herself for over 17 years, receiving her junior Black Belt at the age of 11. In 2014, Silvana competed in over 20 tournaments with the following amazing results!

At the Ontario Martial Arts Tournament in Mississauga, Silvana achieved gold in Forms as well as Sparring and was awarded an overall tournament ranking of Grand Champion.

In Sint Maarten, at the International Congress of Martial Arts Tournament, three golds were captured by Silvana – Forms, Weapons and Sparring – and her overall tournament ranking was Triple Crown Winner.

Silvana holds the Provincial Triple Crown with the Professional Martial Arts Alliance as well as a Guiness World Record for most items kicked in one minute. She is also the Triple Crown winner for Team Canada for the 9th year!

Silvana is a member of both the Canadian National Martial Arts Team and the demo team that promotes the martial arts in Canada. 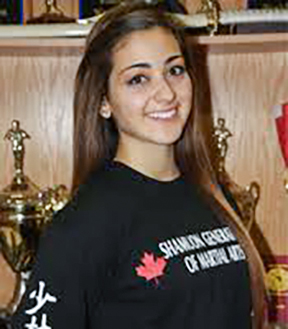 Tyler, an Evolutionary Biology major at Yale University, aspires to be an orthopedic surgeon once his football-playing days are over. But if 2014 is any indication that might not be for a long, long time!

Tyler plays football for Yale where he is MVP, as well as a member of both the NCAA All-Ivy League and the NCAA All-England Football Team.

The highlights of his achievements in 2014 include being a member of both the All-American Football and Academic teams with NCAA; receiving the Ivy League Bushnell Cup as Ivy Offensive MVP; winning the Scholar-Athlete Award sponsored by NYAC; capturing a Gold Helmet Award as Top Senior in New England; and receiving the Swede Nelson Award from the Gridiron Club of Boson.

A member of the College Sporting News Fabulous Fifty All-American Team, Tyler was awarded the F. Wilder Bellamy Jr. Memorial Award, presented to the student who best exemplifies qualities such as personal integrity, loyalty to friends, and high-spiritedness in athletics, academics, as well as social life.

Tyler was also a finalist for the William Campbell Trophy from ESPN (Academic Heisman) and the Walter Payton Award from NCAA – Most Valuable Player in the Country. 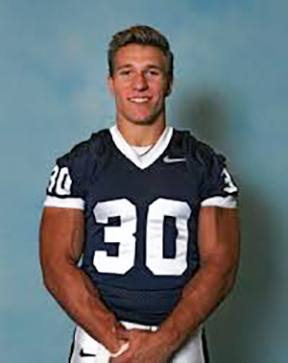 The University of Toronto head coach was quoted as saying “Amanda is so naturally gifted and competes at the highest level anytime she steps onto the field.” This talent and work ethic made 2014 an outstanding year for Amanda.

As a member of Team Canada Field Hockey Team, Amanda participated in a United Kingdom Test Series in London, England, with a record of one win, two ties and two losses.

Amanda was also a driving force for Canada at the Indoor Pan America Cup in Uruguay, where Canada defeated the United States 5-0 in the semi-final and won the gold medal by beating Argentina 3-1. Amanda was awarded the Payer of the Tournament.

Playing for the U of T Varsity FH team, Amanda had a brilliant year, where team as well as individual accomplishments included a silver medal at the CIS national championship; the Liz Hoffman Award as CIS Player of the Year; a member of the CIS All-Canadian Team; a gold medal in the Ontario Universities Championships; and the OUA Player of the Year and member of the OUA All Star Team 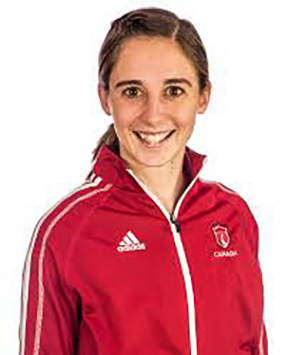 Rob Way has been and continues to be very involved as an active volunteer and organizer in Hockey, In-line Hockey and Fastball.

Rob has held a variety of positions with the Waterloo Minor Hockey Association, and has been the assistant and head coach of the Wellesley Apple Jacks Jr C Hockey Club. Rob is also the owner/coach of the K-W Rage team and president of the Great Lakes Junior A Inline Hockey League. Rob coached boys in the North Waterloo Minor Softball League and has been involved with the Ontario Amateur Softball Association, Softball Canada, International Softball Congress, Hockey Helps the Homeless and Special Hockey International. 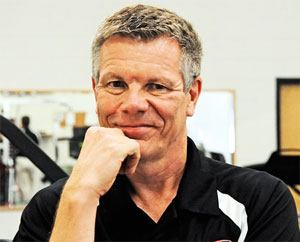 The Wilmot Aces Swim Club is all about fitness, fun, skill development, goal setting, and competition.

The Aces are an inclusive team taking pride in demonstrating diversity in the water and on the deck. The club started in 1989 and family involvement is key to this team’s success.

Players are members of the New Hamburg Jr Firebird Family – they are encouraged to complete their education at high school, college or university or to have full-time employment. 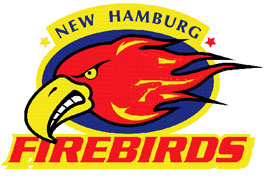