Partners in international Ice Dancing since 21006, Kaitlyn joins Andrew for this year’s nomination. The pair have had a truly inspiring year in figure skating capturing first place at the Four Continents competition in South Korea and the bronze medal at the Senior Canadians. 2nd and 5th place (ISU Grand Prix Final) finishes in two other events contributed to their overall ranking of 6th in the world. 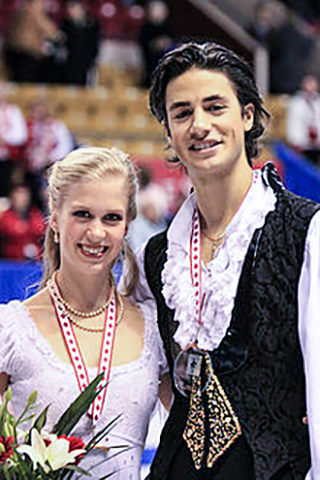 Mandy Bujold has her sights set on 2012 Olympic Gold. 2010 was a busy year, competing internationally in Turkey, Greece, Barbados and Brazil, where she captured the coveted Gold medal at the Pan American Games and nationally winning her sixth Canadian Championship. Currently Mandy is ranked Top 5 in the World,

Mandy is a previous Athlete of the Year recipient (2008) and continues on her path of Athletic Excellence as a serious athlete, boxer and mentor. 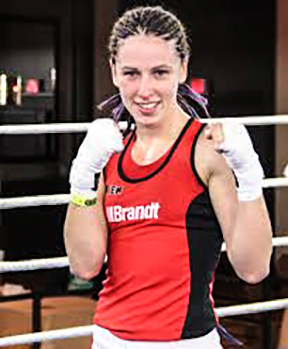 “Happy Motoring” to Stephen means make sure that you enjoy what you are doing – in sport and life. Competing in the Ottawa Marathon Championship, placed 1st as top Canadian and 11th overall competitor. Even though his 2010 year was filled with disappointment and heartache – due to injury and loss of his long-time coach, mentor and friend; perseverance, drive and natural talent secured Stephen as a winner in this sport. Stephen continues to train and share his love of sport as a mentor and coach to young athletes at the University of Waterloo and Speed River Track Club. 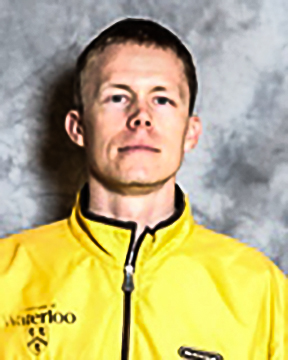 Jake’s quiet demeanor and steady persistence was made so apparent when he battled back from a serious elbow dislocation sustained during competition in November 2010. 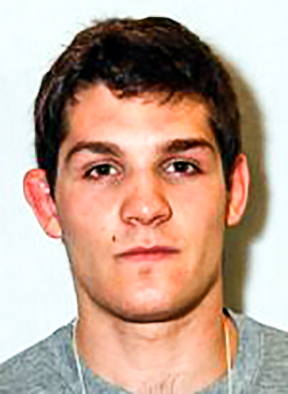 In less than two years together, Dylan and Kirsten have earned a place on Canada’s National Team and are building a resume that most teams only dream about;  (The Record – Elvin Walker). 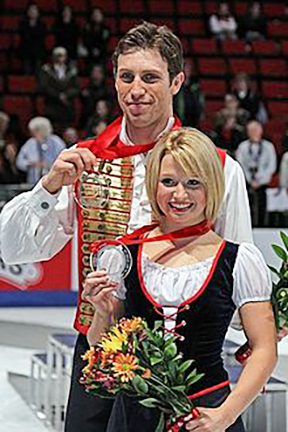 A multiple year nominee, Miranda has moved from a world ranking of 218th in August of 2008 to 48th in December 2010 in the WISPA World Squash Rankings. She also achieved the number one ranking in Canada after winning the national squash title in Vancouver in May.

Miranda competed for the national squash team at two tournaments in 2010 and was a finalist in two professional squash competitions.

2010 was truly a golden year for Leah a student at Rockway Mennonite High School. In addition to the many medals she won at various track and field competitions around the world, Leah was one of six paralympic athletes invited to the world championships in Manchester, England. In 2008,

Leah was the youngest Canadian athlete to compete at the Beijing Olympics, and this fierce competitor has her sights firmly set on competing at the 2016 Olympics. 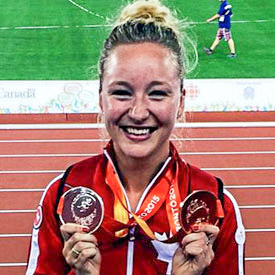 Two time OUA and CIS Player of the Year and three-time All Canadian, Brienne led all scorers iun the OUA Field Hockey League regular season with 32 goals and 27 assists. She scored all three goals in a 3-0 win iover University of Victoria to lead her teammates on the University of Guelph Gryphons field hockey team to its first ever Bronze Medal, Recently, Brienne was recognized as one of the top female scholar-athletes from across the province in the eighth annual Women of Influence Awards. 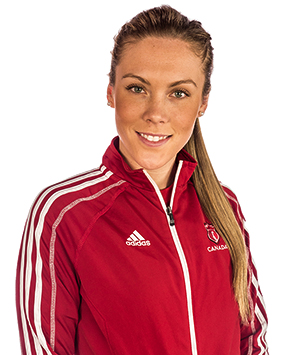 A lifelong softball player, Larry played in the Memorial Fastball League since age 19, winning a championship in 1975; moved to Port Stanley in 1976, patrolled the outfield for 10 years, making the league All-Star team twice; then joined the Waterloo CHYMrs in 1986, commencing a commitment of over 24 years as player, manager, mentor, advisor, volunteer, supporter and promoter.

Larry has been instrumental in bringing three International Softball Congress tournaments to Kitchener, raising thousands of dollars for local service clubs and charities, including Children’s Wish Foundation of Canada. He has served on international tournament committees for women’s Olympic events; hosted the New Zealand Men’s national Team; organized teams to compete in our community from  Argentina, Denmark, Czech Republic and the United States. A great player,  exceptional manager and consummate contributor to the sport of fastball in our community, province, country and beyond. 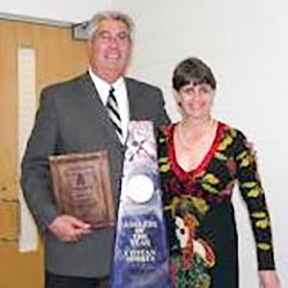 In 1934 a group of local volunteers founded the Chicopee Ski Club making it one of the oldest ski facilities in the country. Chicopee, a not-for-profit organization operates on 165 acres of land owned by the Grand River Conservation Authority,  serving the local community and beyond. Over its 75 years, Chicopee has provided an exemplary ski facility and has introduced skiing to thousands. Each year, over 20,000 students, “Little Brothers and Sisters” and other less privileged children  enjoy skiing through partnerships between Chicopee, area school boards and agencies. Chicopee has grown to a year-round recreational facility, providing winter and summer season sports, activities, and walking and biking trails, attracting 285,000 visitors annually, and employing over 300 people in full and part-time season positions. Chicopee, under the guidance of a volunteer board of directors, is an integral part of the community built on the traditions of inclusiveness, family fun and innovation.

Sometime ago four blind or partially blind individuals were participating in the sport of curling trying to become a team. Six years ago they found themselves a coach and membership now is ten and they participate in both blind and sighted bonspiels having success at both levels. They have won two provincial championships, and been Ontario reps at Nationals for blind curlers. In 2010, they defeated BC in the Nationals – the first team to ever do so – unfortunately BC prevailed in the finals.

The team is attracting attention from blind persons locally and outside the region, and recently won the Ontario title and qualified for the Nationals. This year, the team members demonstrated their skills at the 2011 Brier Championship held in London. 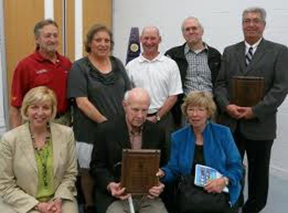