Sarah, a native of Kitchener, became the youngest player ever to make the Canadian National Senior Women’s Team at the age of 16.  She was also the first Canadian to play for Nebraska University where she was named 2004  National Freshman of the Year and was a 1st Team All American. Her resume also includes 2005 Big 12 Player of the Year and the ESPN Magazine’s Academic All-American of the Year.

As well, Sarah was the Honda National Female Volleyball Player of the Year and MVP of the NCAA Division 1 National Championship. 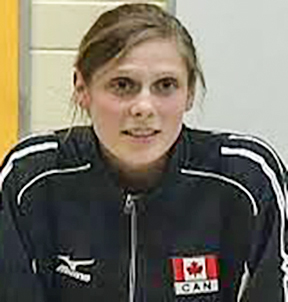 After winning Junior and Senior Athlete of the Year honours at Grand River Collegiate, Chelsea became the first Canadian to play for Nebraska University. Her resume includes the 2002 and 2003 Canadian Under-20 National Team, the 2003 Canadian World University Games as well as the 2004, 2005 and 2006 Canadian Senior National Team.

Chelsea was Team Captain for three years, 4th in team scoring and rebounding, averaging 14 points per game while averaging 80% from the throw line.

Rebecca went to Forest Heights Collegiate where she was the 2002 Athlete of the year. She burst onto the Canadian diving scene at the 2005 Summer Nationals by qualifying for the FISU University Games. 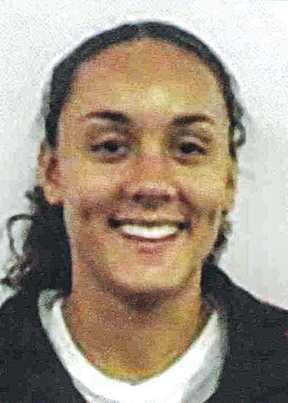 Luca played for St. David’s before going to Simon Fraser University where he led the league I punting with an average of 40.5 yards per punt. He also completed 75% of his field goals to score 36% of the Clan’s points.

This performance paid off as the Saskatchewan Roughriders selected him 12th overall in the 2006 Canadian College draft.

As well, he was 4th in the CFL in scoring, making 86% of his field goals, averaging 49 yards per kick-off (2nd in the league) and was a nominee for Most Outstanding Rookie and Outstanding Special team Player. 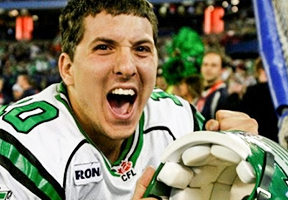 At age 14, David, a Kitchener Native decided to develop his talent abroad and moved to Newcastle to live with his grandmother. This re-location ultimately paid off as he now plays for Newcastle United in the English Premier League and is a key member of Canada’s Under-20 National Team.

He scored his 1st goal in his second game with Newcastle to tie league leading Manchester United in front of 52,000 home fans.

David was also Canada’s Male Youth Soccer Player of the Year, and made team Canada for 3rd year to play in 2007 FIFA U20 World Cup. 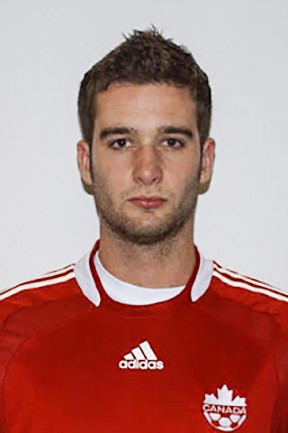 Katie, an Elmira resident, is currently studying business at Conestoga College. He was the first woman to make the Canadian Junior Men’s team and is now a regular on the Senior Women’s team. Her resume includes the 2003 Canada Winter Games and All-Star honours at both the 2005 Canadian Junior and Senior Championships.

As well, she earned Gold Medals at the 4 Nations Tournament and World Cup Basketball Challenge and a Bronze Medal at the Roosevelt Cup, while also being named to the All-Star Team at the Canadian Nationals Championship.

Miranda is a Waterloo resident who is the former two-time Canadian Junior Champion and Athlete of the Year at Kitchener Collegiate Institute.

As a freshman at Yale University in 2005, Miranda went undefeated, helping her team capture the U.S. Squash Triple Crown: Howe Cup Championship, Ivy League Championship and the NCAA Championship. She was 2nd at the Cummings Cup and was named 2005 All-Amercian and All-Ivy League.

Miranda’s team was NCAA National Champions three years in a row, and she was ranked 4th in College Squash Association individual rankings.

As well, she won gold at the Triglav Trophy, placed 7th at the Merano Cup and 7th at the Senior Canadian Championships. 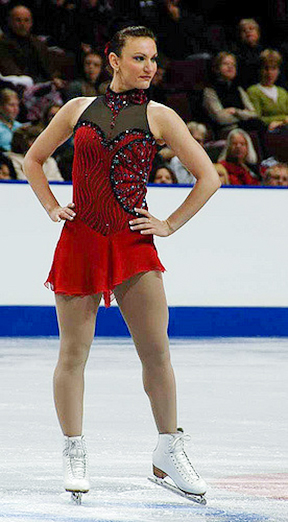 Mark hales from Waterloo and attended Bluevale Collegiate. In 2003 he was ranked 5th in Ontario and in 2004 reached the semi-finals in Ontario Match Play and the quarter-finals in the Canadian Amateur Championship.

As a freshman in 2005 her led the Detroit Mercy Titans to the League Championship, was named Newcomer of the Year, All-League 1st team, All-Tournament team and runner-up for Player of the Year.

As well, Mark was the Horizon Player of the Year, received All-League and All-Academic Honours, recorded the lowest stroke average in the league and qualified for Canadian  and U.S. Amateur and U.S. Public Links Championships. 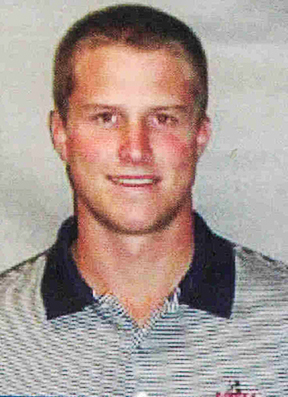 Although her sport takes her all over the world, Kelyl still calls Kitchener home.

She was the local 2003 Athlete of the year and continues her climb in the World Cup Rankings. A highlight of her career was at the 2006 Torino Olympics whwere she narrowly missed the podium by one-hundreth of a second.

Kelly won a Bronze Medal at the World Cup Super G and was named Pacific Sport Athlete of the Year and is currently ranked 12th in the world.

Ron, a Waterloo resident, is a retired teacher from Bluevale Collegiate, He has competed in over 400 track, cross-country and road races which has brought him both National and International recognition In 2005, he was 1st at the Canadian Nationals, 1st at the U.S. Nationals  and 2nd at the World Duathlon Championship in Newcastle Australia. Ron was also named Triathlon Canada’s Masters Duathlete of the year in 2005. 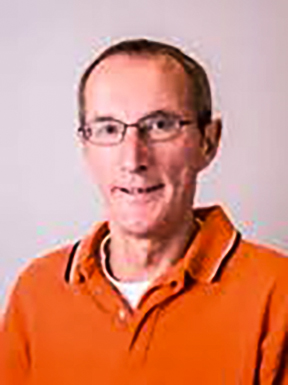 More than half a century of volunteer contributions to the community have been provided by Pat Doherty who, quite simply, is referred to as Mr. Hockey in Kitchener. Since arriving from the Peterborough area, Pat has done it all from convening, coaching and managing; co-ordinating referees and time-keepers; instructing and authoring; resolving challenges and problems while serving on committees and as president of Kitchener Minor Hockey. Included as well was a stint as President of the Ontario Hockey Association. The best description of Pat appeared in Richard O’Brien’s recent story in The Record, when Pat was described as the “Swiss army knife of volunteers”. That, in five words, says it all. 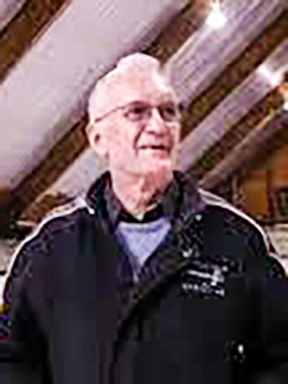 The Kitchener-Waterloo Hallman Twins/CHYMrs Fastball Club, launched in the early 1960’s, is generally regarded in fastball circles as the longest continually operating senior men’s fastball program in Canada. The club evolved from humble beginnings, the CHYMrs sponsored by CHYM Radio and participated in the competitive Intercity Fastball League and the Ontario Amateur Softball Association. The club fielded the host team for Canadian National Championships in 1985, 1993 and 1996. More recently, under the moniker of Twins (originally sponsored by Twin City Trophies), it has fulfilled the responsibili8ties as welcoming squad for the International Softball Congress World Club championships in 2002, 2006 and 2007.
The organization’s early leadership evolved from Glenn Moeser and a board of directors for the Waterloo CHYMrs,  to the dramatic years of change in the late 1980’s to the end of the millennium as the Waterloo Twins with stewardship provided by Larry Lynch, Barry Musselman and Dan Yanzti and sponsorship from Rick Bellefeuille, The current edition of the Kitchener Hallman Twins, sponsored by Jim and Sue Hallman, complete with a minor league system and administered by a corps of former players and volunteers, has assured the continuity of senior fastball in our community for more than 40 years. 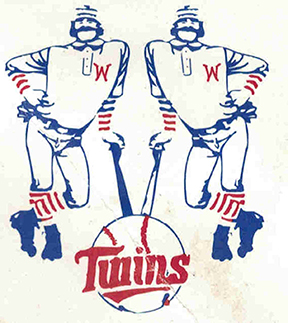