Born in Kitchener, Amanda continues to live and train in Montreal and has been a member of Team Canada for four years. Amanda began her family tradition of speed skating at the age of four and was coached by her father Ernie until she followed in the foot-steps of her brother Kevin and sister Cindy, by moving, at age 17, to Calgary tio train at the Olympic Oval,

For 2004-05, Amanda was ranked 1st overall in Canada and was named the 2005 Female Skater of the Year for Short track. She was also 2nd overall in the Olympic Trials as she qualified for the 1000m and 1500m races.

Amanda also continues to climb in the world rankings and is currently 17th in the 1000m, 7th in the 1500m and 2nd in the Relay in World Cup Standings.

Amanda also represented Canada at the Olympic Games in Turin, Italy in February 2006, where she realized one of her life-long goals by winning an Olympic Medal.

Born in Oshawa, Chelsea now resides in Kitchener where she was a power forward at Grand River Collegiate. She also played volleyball and rugby and was the school’s Junior and Senior Athlete of the Year. She averaged 15 points and 15 rebounds in her senior year and was also a member of the Provincial Champion Waterloo Wildhawks club team.

Along with attending the Nike All-Canada Basketball Camp featuring 72 of the top players in the country, Chelsea was one of top-five school players in Ontario. Her resume includes the 2002 and 2003 Canadian Under-20 National Team, the 2003 Canadian World University Games as well as the 2004 Canadian Senior National Team. It’s no wonder that Chelsea was highly recruited by the NCAA and in 2003 became Nebraska’s first ever Canadian women’s basketball player.

In 2004-05, Chelsea became one of the Huskers co-captains and led her team to a 6th place finish in the Big 12 Conference. She led the team in rebounds and was second in scoring with a .471 field goal percentage, .852 free throw percentage and averaged 8.2 points per game. Of special note was her career high 20 points in a perfect shooting night against Texas A&M. She hit all seven of her field goal attempts, including her only three-pointer, while knocking down all five of her free throws!

In the summer of 2005 Chelsea helped the Canadian National team qualify for the World Championships by shooting .500 % from the field and .833 % from the free-throw line.

Last fall, Chelsea continued her strong play from her sophomore season at Nebraska with a .459 field goal and a .800 free throw while raising her average points per game to 14.

A Kitchener native, Steve has dedicated much of his life to both playing lacrosse and volunteering to ensure its future success. A 13-year veteran of the National Lacrosse League (NLL), Steve and his mother Ruth (posthumous), were instrumental in the rebirth of the K-W Kodiaks Senior B team in 2003 after an 18 year hiatus. This paid huge dividends as the Kodiaks went on to win the President’s Cup and claim the National Championship that year!

Steve’s long list of professional accomplishments includes the NLL Championship with Rochester in 1997 where he was named MVP. He is also first in all-time saves with Rochester. In 2004 he became the Buffalo Bandits franchise leader in saves and career wins, making him second all-time in saves with 4,063, for the NLL.

In 2005, Steve was name NLL Goalie of the Year along with 1st Team All-Pro honours as he led the league with a .789 save % and a 10.89 goals against average. He was also the backbone or the Kodiaks 14 game winning streak en route to their 2nd National Senior B Championship in three years to claim the coveted President’s Cup. Steve was named a 1st team All-Star. 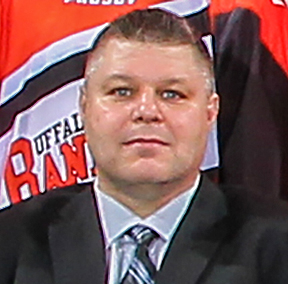 A resident of Elmira,, Katie is a graduate of St. David’s High School and is currently studying business at Conestoga College. She has been competing in her sport since she was 11 when she joined the Twin City Spinners, She later went on to play for a club out of Toronto and is currently a member of the Burlington Vipers, Katie was also a member of Team Ontario at the 2003 Canada Winter Games.

Katie is now realizing her life-long dream of playing on a national level wheelchair basketball team. In fact, in 2005, she qualified to play on two national teams! In April, after a grueling 40 player try-out, 16 players remained from which 12 were chosen for the National Men’s Junior Team, including Katie. Yes, Katie was the only woman to crack the men’s line-up in the first year women were invited to camp,. Canada placed 6th at the 2005 Junior World Championships in England.

Then in May, Katie doubled the pleasure in making the National Women’s Senior Team on her second try-out. The women competed against Germany and Australia in international exhibition games prior to finishing 2nd at the Tournament of the Americas to qualify for the World Championships in July 2006.

Sarah, a Kitchener resident, was a “big hit” in her freshman year at Nebraska. After becoming the youngest player ever (age 16) to make the Canadian National Senior Women’s Team, she continued to make quite an impression in the volleyball world. In 2004, she was named AVCA National Freshman of the Year, becoming the first player in school history to earn that prestigious honour. Sarah was also the only freshman to become a Division 1 1st Team All American!

Many things make Sarah special, but on top of all her skill and dominance on the court, she also continues to excel off the court and is a two-time Academic All-American currently carrying a 4.00 GPA in biochemistry. She is also active in Nebraska’s outreach program, volunteering for the Friendship Home Safe Quarters Program and Fall Tour of Excellence.

A Waterloo resident, Miranda continues to build on her stellar Canadian and U.S. Junior Championships. This KCI graduate and former Athlete of the Year is now climbing the ranks of the NCAA as a member of the Yale Squash Team. She is currently ranked 9th in the U.S. College Squash Association Individual Standings. She also retains the #1 ranking in the Province and #2 in the Nation and is a member of the Canadian Women’s Espoir National Team.

As a freshman in the 2004-05 season, Miranda went undefeated, helping her team capture the U.S. Squash Triple Crown: Howe Cup Championship, Ivy League Championship and the NCAA Championship. She was 2nd at the Cummings Cup and was named 2005 All-American and All-Ivy League.

In her sophomore year, Miranda has moved into the #2 position on this two-time NCAA Championship team which looks like a three-peat.

A resident of Kitchener, Ed Davies has been a dedicated, active volunteer and a driving force for community-based initiatives in KW for the past 50 years. A member of KW Civitan for 42 years, Ed has been instrumental in raising charity funds well in excess of one million dollars.

Ed has founded many other projects, some of which include conceptualizing and chairing the Fire Education Center at the Children’s Safety Village (more than $600,000 was raised), the Civitan Apartments, taking handicapped children to Disney World, Meals Program for Seniors, fundraising efforts for girls softball teams, a Zamboni for the twin ice pads at the Kitchener Memorial Auditorium, and the Kitchener Sports Parade of History Banquet.

Ed continues to dedicate his life to helping others and his community. 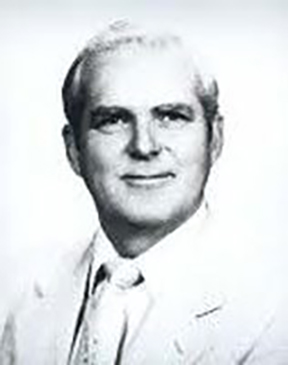 By the 1970s, the club membership was close to 800, plus another 1,200 in recreation programs, and hosted Skate Canada 1976, a senior international invitational championship.

The Kweens Precision team participated in the closing ceremonies of the 1988 Winter Olympics in Calgary.

In 2001, KWSC moved to RIM Park with the skating center named after long-time member and builder Carolyn Fedy.

The most recent club National Champions were Tessa Virtue and Scott Moir in the 2004 Junior Dance competition.

Today, 67 years after its inception, the KWSC is a multi-million dollar organization, employing 50 coaches and staff, and serving 2,300 skaters, one of the largest clubs in Canada.