From Kitchener, Dana now lives and trains at the prestigious U.S, Olympic training facility in San Diego. She had a great year which included breaking the Canadian National Record four times. She won gold at the Tom Tellez Invitational with a record jump of 4.41m. With another record jump of 4.42m, she won Gold again at the Modesto relays and followed that up with another Gold new record 4.43m jump. Her fourth Gold Medal came at the Memorial Van Damme Golden League with another record winning jump of 4.47m.

The highlight of her year came at the 2004 Olympic Games in Athens where she proudly represented her country with a 6th place finish! She was later named Canadian Field Athlete of the Year.

Dana aspires to be a physician and gives back to her community in many ways. She gives motivational talks to schools in Canada and the United States, participated in the 24-Hour Ski-a-Thon at Mt. Tremblant in support of children with cancer and assisted with the New Year’s Party at Kitchener Children’s Museum. Her most memorable community service experience was teaching Arif, a six-year-old Somalian boy, to speak English.

Dana continues to dedicate her life to be the best that she can be. With such a great year behind her, the sky is the limit for her! 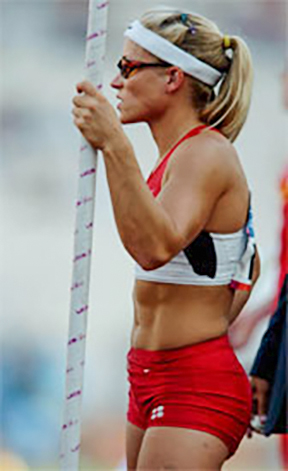 From Waterloo, Jennifer excels in the pool and in school. She received a Dean’s Academic Scholarship to the University of Waterloo where she is a first year Kinesiology student with aspirations to become a doctor.

In the pool, she won Gold at the Provincial Championships in both the 100m and 200m Backstroke. She also won the Bronze Medal at the U,S. Grand Prix in the 200m Backstroke.

Jennifer became a National team Member in 2001 and was named Canadian Swimmer of the Year as well as Athlete of the Year locally. Her dedication and hard work paid off in 2004 as she was an Olympic Team Member in the 200m Backstroke and the 4x100m Relay.

Her highlight for 2004 was winning Gold at the Olympic Trials in the 200m Backstroke and going on to place 9th at the Olympic Games in Athens. She missed the final by 3 / 100ths of a second! She also finished 10th in the 4×100 Medley relay.

Jennifer is currently training to represent Canada at the 2005 World Aquatic Championships and has her sites set on a podium finish at the next Olympic Games in Beijing in 2008. With a goal to be the best 200m Backstroke Champion in the world, look for Jennifer on the podium in Beijing! 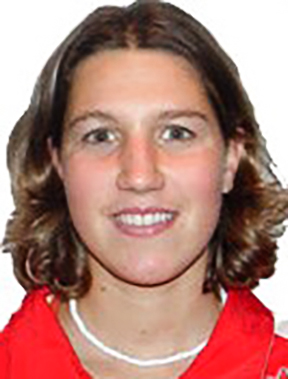 Known as the “Jellie Fish”, Emiley attends Bluevale Collegiate in Waterloo and is considered one of Canada’s top junior swimmers. She won Gold at Club Nationals in the 800m Freestyle which qualified her for the Junior Pan Pacific Games in Hawaii. The Pan Pacific Championships is the premier junior meet on the calendar and features the top under-18 athletes from around the world. Emiley also qualified for the U.S. Open where she was a Consolation Finalist in the 400m and 800m Freestyle.

Emiley has been swimming competitively with Region of Waterloo (ROW) Swim Club since she was eight years young and her main focus is on the long distance events, particularly the 800m and 1,500m Freestyle. There is no doubt that you will be hearing a lot more from Emiley this year.

Sean is a Kitchener resident and a member of Softball Canada’s National Team. Starting out as a Bat Boy for his father’s team, Sean is amongst the best in the world today. Over the past 11 years he has played in the Senior Canadian Nationals where his team won three Gold Medals. He also played for Broken Bow Spirit out of Nebraska where his team won back-to-back International Softball Congress World Championships in 2003 and 2004. He was named to the All-World Team.

As a member of Team Canada, Sean is a catcher and a designated hitter.  His hitting performance led Canada to the Silver Medal at the International Softball Federation World Championships in New Zealand last year. Sean ranked 1st in slugging percentage (1,000) was 6th in home runs (3) and 10th in runs batted in (6), with an overall batting average of .412. His clutch hitting was an integral part of Canada’s success.

With a performance like this, it was no wonder that Sean was named to the Tournament All-Star Team. 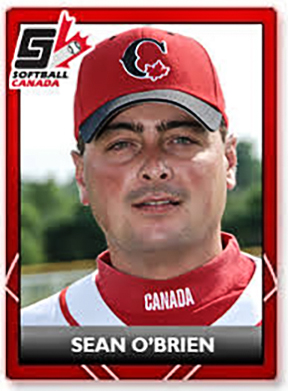 Born in Kitchener, Amanda now trains and lives in Montreal where she has been a member of Team Canada for three years. Amanda comes from a family of speed skaters and following in her brother Kevin’s and sister Cindy’s footsteps, she began speed skating at the age of four.  As a junior, she participated in the World Junior Championships in 2001 and is currently ranked #1 in Canada while she continues to climb the world rankings.

Amanda finished 2nd overall at the Canadian National Trials and is currently training for the Olympic Trials in pursuit of her goal to win an Olympic Medal.

Sarah is Kitchener resident and a product of the Waterloo Tigers Volleyball Club, and continues to make quite an impression on the volleyball world. After becoming the youngest player (16), ever to make the National Senior Women’s Team, she was named MVP at the NORCECA Championships.

At the 2004 NORECCA Continental Championships, Sarah finished the tournament as the leading scorer with 100 points and had six service aces in five games to help Canada to a 4th place finish. She also led Forest Heights Collegiate to their 3rd straight Provincial Title and led the Waterloo Tigers to their 5th straight Ontario Volleyball Championship.

Sarah is now on a scholarship at Nebraska where she is considered one of the nation’s “Top Prospects”. In her first year, she was the only Freshman named Division I 1st team All American and was also named Freshman of the Year.  She led all Big 12 Freshmen with a .331 attack percentage, with 4.46 kills and 1.2 blocks per game. She also finished with six 20-kill efforts in her first season.

I guess she proved the scouts right and truly earned her “Top Prospect:” rating!

A Waterloo resident, Miranda started playing squash at age seven. She was ranked #2 in Canada for Junior Women under 19 and #21 for the Open Women’s category in 2004. She placed 3rd in the 2004 U.S,. Junior Open.  Amanda is currently ranked #1 in the province and #2 in the Nation and is a member of the Canadian Women’s Espoir National Team.

Amanda finished her secondary school year at KCI by winning the Athlete of the Year Award, the Citizenship Award and the Optimist Club’s Carol DiFlorio Memorial Bursary. She is now attending Yale University on a squash scholarship where as a freshman, she went undefeated, helping her team capture the Ivy league title as well as the NCAA title in the 2004-05 season.

Look for big things to come from this young squash star.

Garry Logel has a passion for baseball, as he has devoted close to 40 years ot various organizations that have evolved from Abner Doubleday’s original “town ball”. Garry started coaching in 1966 with the Kitchener Minor Baseball Association, and advanced to the president’s role, while concurrently becoming involved with the Forest Hill T-Ball Association and coaching house-league t-ball and introducing Girls’ Three-Pitch.

In due course, Garry served as  President of the Kitchener Junior Dodgers, where he was a 30-year volunteer, and the Senior Panthers team, with whom he still has a role as an Executive Consultant.

As a youthful grade-8 student, Garry was recognized by the Kitchener Sports Association as his school’s “Athlete of the Year”, and years later joined KSA as a volunteer, serving as President in 1981-82, and playing a key role in the annual Volunteer Recognition Program dinners.

In the early 1980s, Garry was also a member of the Parks and Recreation Advisory Board for the City of Kitchener. 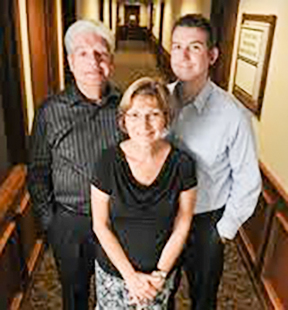 The Forest Hill T-Ball Association started in 1969 with four teams of a dozen 8-year-old boys under the leadership of Jim Hinschberger and others. Two decades later, more than 1,000 participants – both boys and girls – were enjoying this introduction to baseball. In 1986, the Association hosted the Canadian Open T-Ball tournament which peaked at 60 participating teams competing in 154 games on one weekend. In addition to the house-league teams, the association has an all-star program for seven and eight year olds.

“Second Generation” players are now participating, following in the base-paths of their parents who played 20-30 years ago. The Forest Hill T-Ball Executive hopes to have 3rd and 4th generations participating in the future in this popular and successful ”grass-roots” organization. 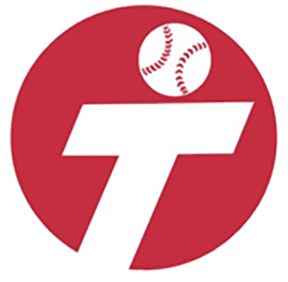