Kelly is a Kitchener resident representing Chicopee Ski Club and has been a National Team member since 2000. We are not surprised to have Kelly return as a repeat nominee.

Kelly is a two-time Bronze Medal winner in the Super G at the World Junior Championships. She repeated this feat in both 2002 and 2003. She is now making her mark on the Senior Circuit as she represented Canada at the 2003 World Championships. She earned three top 30 finishes including 20th in the combined.

In 2003, Kelly performed consistently as one of the top 44 women on the World Cup Circuit. 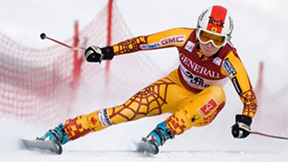 Jason resides in Kitchener and is a six-time Ontario Champion and three-time Canadian Champion. Jason has an impressive record with 81 wins against only nine losses.

He currently holds the 2002 Canadian Championship, was voted Ontario’s “best boxer” in 2001 and won Gold at the 2002 Commonwealth Games.

Jason’s goals include winning as many International Championships as possible for Canada and to bring home the Gold at the 2004 Olympic Games in Athens. 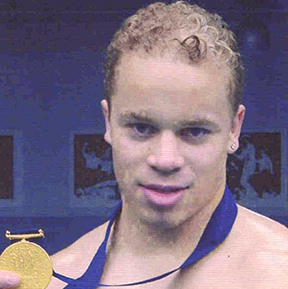 Born in Kitchener, Amanda now trains and lives in Calgary and she has been a member of Team Canada for two years. In 2002-03 she was ranked #5 in Canada and placed 4th in the 500m and 1,000m World Cup event in Italy.

Amanda comes from a family of speed-skaters and following in her brother Kevin’s and sister Cindy’s footsteps, she began speed skating at the age of four. As a junior she participated in the World Junior Championships in 2001.

At the World Championships her team finished 2nd in the Relay and 4th overall as a team.

Sarah is a Kitchener resident attending Forest Heights Collegiate where she excels in volleyball and has a 90+ average. A product of the Waterloo Tigers Volleyball Club, this 6’5” southpaw is making quite an impression on the volleyball world.

Sarah has been a member of the Youth and Junior National Teams since 2000. In 2002, she became the youngest player ever to make the National Senior Women’s Team. Making this even more impressive is the fact that she was named MVP at the NORCECA Championships.

In 2003, Sarah led her team to the Bronze medal at the NORCECA Olympic Qualifier.

A Waterloo resident, Megan has been involved in synchronized swimming since age seven. A former member of the Kitchener-Waterloo Synchronized Swim Club, she is now a member of the Montreal Synchro Club.

Megan has been a member of Canada’s Junior National Team since 2002 and has recently been named to the National “B” Team.

For the Junior Nationals, Megan led her team by finishing 3rd in Figures, 2nd in the Solo, and 1st in the Duet and 1st in Senior team.

In international competition, Megan competed in the United Airlines Open in Seattle Washington where she placed 1st in team, 2nd in Duet, 2nd in Solo and 3rd in Figures.

Megan is a student at Vanier College where she maintains a mid-90s average in addition to training 35 hours a week. Her training consists of weight training, flexibility, aerobics and many hours in the pool. 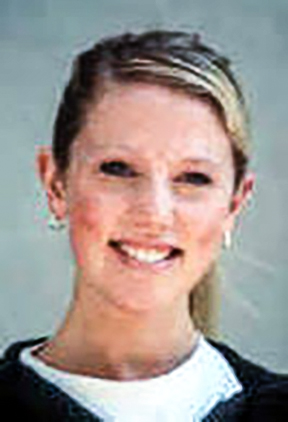 For their demonstrated long-serving volunteer leadership in the creation, growth and sustainability of the Roadbreakers Ball Hockey Tournament, Tim Collins, Charlie McMane and Gary McQuillan are recognized as the one-day event celebrates its 19th anniversary. The competition has involved hundreds of children annually, thousands over the past two decades, and has contributed significant financial proceeds to a variety of charities, the most notable and recent , the Central Ontario Development Riding Program. 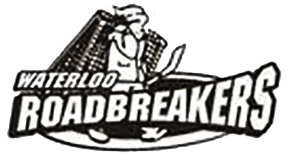 The Region of Waterloo (ROW) Swim Club was founded in 1976 and has produced many competitors and champions at provincial, national and international events, including the Pan-American Games, the World Championships and the Olympics. The club consistently ranks in the top 15 (of 500) clubs in Canada, and has been a well-governed and fiscally responsible organization for more than a quarter of a century. 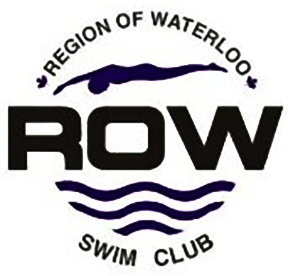