Jennifer is a great example of showing passion for her sport and excellent time management skills. She trains four to five hours a day, six days a week and still maintains a 94% average at Bluevale Collegiate.

Among her accomplishments are a 4th place finish in the 200m Backstroke at the World Championships in Japan. She is currently ranked fourth in the world in that discipline. Jennifer placed 1st at the Sydney South Olympic Festival and her best time in 2001 would have had her place 4th in the Olympic Games. She also broke the Canadian Record for the 200m Backstroke for the short course while taking home the Gold at he World Cup in Edmonton.

Jennifer also laid claim to the Canadian Record for the long course in August 2001. Her academic high standing will come in handy as she plans on attending Stanford University. Her coach says the commitment Jennifer shows and her willingness to go the extra mile has put her at the top of his list of swimmers trained in the past 25 years. 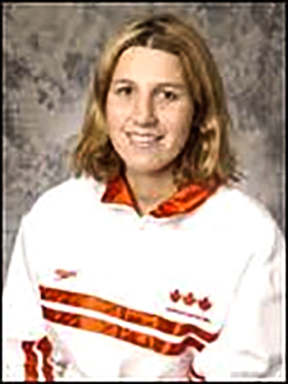 Dana is in her 1st year at the University of Waterloo (U of W), where she competes in Pole Vault. This past season, Dana went undefeated in Canadian University competition, setting an O.U.A. record of 3.85 metres and establishing a C.I.A.U. record of 4.04 metres.

She placed second at the Canadian Senior Nationals (4.1m), 5th at the Francophone Games and 12th at the World University Games (3.90m) in Beijing, China.

Dana took up pole vaulting in 1998 after injury forced her out of gymnastics when she was a member of the Women’s National Team for seven years.

Away from the track, Dana makes herself available as a motivational speaker for Sport Ontario’s “Dream Team”. She also volunteers at the Waterloo Sports Medicine Clinic helping injured athletes get back to health. Giving back to her community also extends beyond sport, as Dana was instrumental in the literacy of a young Somalian boy and volunteers as a tutor in a writing centre.

Not just a gifted athlete, Dana has been nominated as Valedictorian for her graduating class at U of W. 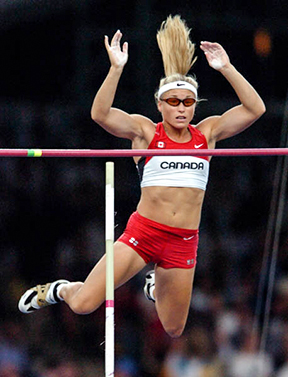 As a second time nominee, Donna improved her resume this past year as a member of Canada’s National Boxing Team. She was ranked third in the world in two different weight classes, the World Lightweight and World Welterweight Divisions.

Her 2001 record of 30 wins and six losses gained her the National Championship along with Bronze Medals in the Feenix Cup and World Championships.

When she’s not training, Donna is a part of PRIDE Youth Services, which is a support network for youth of K-W which stages boxing clinics like “Punch out Violence”. In Toronto, she’s involved in the “Future is Female” program where she speaks about her experiences and is a positive role model for young women.

Donna is also the athletes’ representative for Boxing Canada as a member of the Athletes’ Council for the Canadian Olympic Committee. 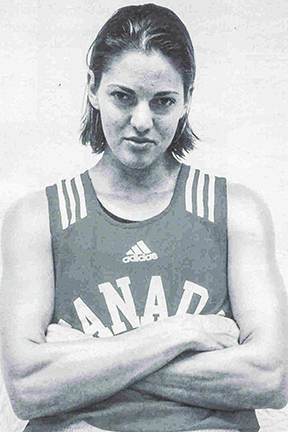 It was a very busy and successful year on the water for Alex.  After being invited to be a member of the 2001 Canadian Youth Squad, he went on to dominate the Canadian and International sailing circuit in the Byte Class. Among the list of credentials is a Gold Medal while representing Ontario at the Canada Summer Games. He was 2nd in the Byte Worlds in New Jersey, 1st in the Canadian Yachting Association Sail East Regatta in Nova Scotia and 5th in the Canadian Youth Championships in .P.E.I.

To cap off an amazing season, Alex was named the Ontario Youth Sailor of the year.

Of the water, Alex has other accomplishments as well, completing his Grade 9 Royal Conservatory of Music in piano, being an honour student at Waterloo Collegiate and a volunteer with the Special Olympics.

Next year, Alex will sail off to Tufts University in Boston, which is one of the best sailing programs available on the continent. 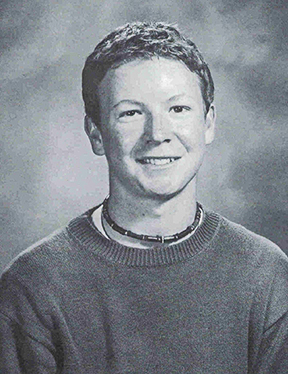 Given Kelly’s drive, dedication and absolute commitment to achieve her lofty goals, it is no wonder that she returns as a nominee for her third year. She continues to exhibit all the qualities of a champion.

This is Kelly’s OAC year at Grand River Collegiate and she is maintaining an average in the 90s. At Grand River, she was part of the soccer team that went to the provincials.

Kelly also gives back to her community as she enjoys motivating young athletes and young people in general through her motivational speaking engagements and assist with the ski program at Chicopee Ski Club. 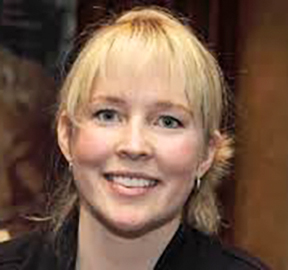 Brent McFarlane is a coach for Canada’s elite track and field athletes. He got his start at Waterloo as a varsity runner in 1968 competing on two Ontario University Athletics (OUA) championship teams. As a graduate of the kinesiology program, McFarlane (BSc ’73) used his knowledge of human strength and speed to support some of our country’s fastest runners and hurdlers.

Brent is regarded as a highly scientific coach who works with athletes on every detail of their mechanics and training. He was inducted into the University of Waterloo Athletics Hall of Fame in 2002.

He has written more than 500 articles on biomechanics, speed, and strength. His book, “The Science of Hurdling and Speed”, sold more than 12,000 copies, and in 2002 he published the second edition of “The Science of SAC (Speed-Agility-Conditioning)”.

Brent has also served as a volunteer coach locally with the Kitchener-Waterloo Track and Field Association. Athletes from his training group produced numerous Canadian and provincial records and multiple national champions. 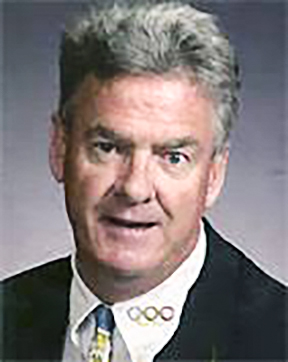