A rarity in professional boxing is that the “Whip” is self-managed.

Outside the ring, Vanderpool spends his time as a “Fire Prevention Ambassador of North America”. He accepted that role as put forward by the Kitchener Fire Department. It involves lending his voice and image to a series of Fire Safety Public Service Announcements. Fitz also works with troubled youth and in sales.

The champ moved to Kitchener at the age of four from Trinidad and Tobago and graduated from Eastwood Collegiate. His roots are clearly in the community but his goals are global. 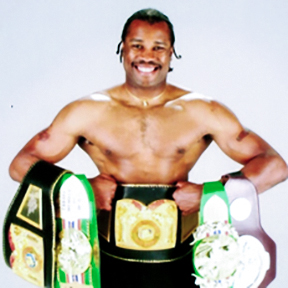 Laura Nicholls of Waterloo is a swimmer who had little time to dry off in 1998 as a member of the Canadian Team in the World Championships in Perth Australia and the Commonwealth Games.  The World Championships brought with them a Bronze Medal as part of the 4 x 200m Freestyle Relay Team which broke the existing Canadian record and earned a pair of Bronze Medals at the Commonwealth Meet.

At the Nationals, Laura tied the Canadian record in the 50m Freestyle and won four titles.

Achieving National and International accolades never changed Laura with her home club – Region of Waterloo (ROW) Swim Club.  She still coaches up-and-coming swimmers three times a week and is an inspiration to them through her instruction and accomplishments.

Laura is described by her coach as a great technical swimmer who is eager and able to pass along that knowledge to the next generation of ROW stars. 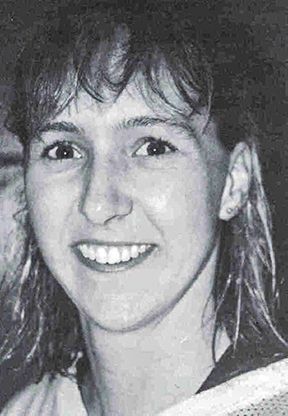 Kevin is from Kitchener but training takes him away from home, first to Cambridge and then to Calgary where he practices laps on blades of steel at the Olympic Oval.

All the hard work paid off in 1998 with an Olympic Bronze Medal in the Long Track, a relatively new discipline. When Kevin started speedskating it was on the short track but his size and stamina led him to the big ice.

Kevin has been a member of the National Team for seven seasons and has a sponsor that allows him to train in Europe in the summer months.

With the Olympic Bronze tucked away for safekeeping, his sights are now set on the World Sprint Championships and the 2002 Olympic where gold is more than just a possibility. 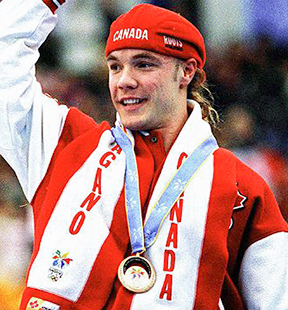 Louise Powell competes in both duathlon (running and biking) and triathlon (which also includes swimming).

She is considered a contender for the 1999 Pan-Am Games team, and consistently gives back to the community.

She has her sights set on the 2000 Sydney Olympics which will be the inaugural year for the Triathlon as an Olympic Sport. 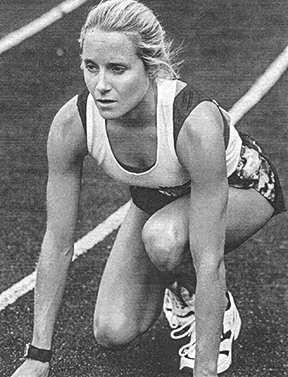 Jason Tibbits is the Captain of the University of Waterloo Warriors football team and was a Provincial All-Star and All-Canadian.

He led the Warriors in interceptions with six, and was 6th in the nation in kick-off returns, including the longest run back in the CIAU – 111 yards for a touchdown.

He also led the Warriors in punt returns, (5th in Canada) and was chosen as the top defensive footballer in the conference and was a finalist for that award in the CIAU.

When not in shoulder pads and helmet, Jason is a tennis instructor at Chicopee and a guest speaker with University of Waterloo’s “Team Up” program, presenting on the importance of team work and goal setting.

Jason was drafted into the Canadian Football League by the Hamilton Tiger Cats and managed to maintain an 80% average in Economics. 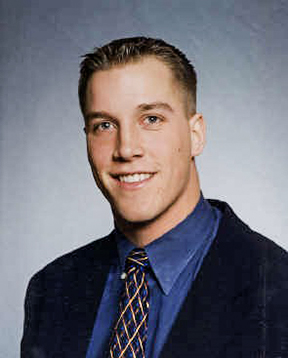